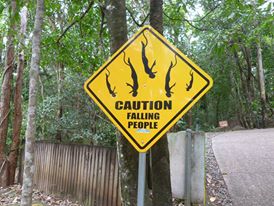 So, Monday, and our first day in Cairns, it was a mellow one. I went and booked adventures for the rest of the week, determined to make it action packed… I wasn’t expecting it to be as packed as it turned out to be though! In the afternoon, we went to the lagoon and chilled in the sunshine, and went for a swim 🙂

Tuesday was… well, let me explain.

We booked a day snorkeling on the Great Barrier Reef. It was one of the most incredible things I have ever seen. I can’t even describe how beautiful it was (the size, and colours of the coral and fish; it was amazing.) I remember the last thing they said to us before we jumped into the water; “Anyone want a stinger suit?” Me, thinking (or pretending to be) hardcore, was all “Nope!” …about 10 seconds later, I’m in the water, being accosted by a big pink jellyfish: picture me flapping about exceedingly inelegantly, screaming “Mleeergh!” An accidental head bop sent it drifting away, leaving me unscathed 😀 The head bop became the method of choice to get rid of jellyfish, but my fear levels most definitely did not decrease!

Then came the huge rays, sailing through the water. They were beautiful- also terrifying…I had Steve Irwin on the brain 🙁 and wasn’t entirely sure how they stung at the time, plus I was very close to them.

…So back to present. I was floating off on my own, enjoying the parrot fish, the rays, and the shoals of “nose fish” lol. 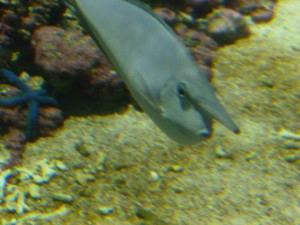 Then suddenly, about 2 metres from me, a bloody massive shark just casually appears underneath me. This is where I learned something about my own subconscious. My brain just shut down. I didn’t even know I could do that! My brain just went… NOPE, and left through the nearest exit, leaving my stunned body just drifting in the water. For a size guide, it was about 1 and a half times the size of me, and pretty chunky…basically a big shark. Not Jaws big, obviously. It was a White Tip Reef Shark. Anyway, it casually looked at me, than swam off.

At this point, Mr Brain re-entered the Cathy vessel, and he must have entered backwards, because for some reason, I started swimming after him. Now my swimming skills are, you know, pretty average- essentially, I’m not going to out-swim a shark, and I lost it pretty fast.

Adrenaline much?! Amazing day, but it wasn’t over yet!

Sitting in the bar in the evening, getting drunk after the days insanity, one of the bar staff approaches me and asks: “Do you want to enter the Jelly Wrestling Competition?” Now,, normally, my response would have been something along the lines of “I beg your pardon?!” However, one ‘Strawberry Blonde’ cocktail too many, and the next thing I know they’ve taken my top, given me an odd little white crop top thing, and I’m standing in front of a jelly filled paddling pool…with an entire nightclub full of people crowding round, about to wrestle 7 other women. Don’t even ask.

One girl reminded me of an old nemesis… she went down so hard, so fast, that when she sat up she looked so dazed that I couldn’t help but laugh, bless her xD (She was cool, I wasn’t that mean)

A lot of (undignified) sloshing, slamming, throwing around (literally) and general K.O ‘ing later, and… 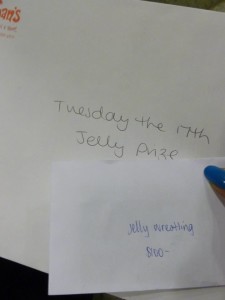 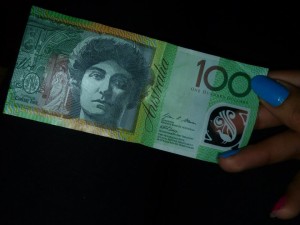 Enough excitement for one day, it was time for bruised, muscle shredded Cathy to go to bed.

Wednesday, thank goodness, was chilled. But by Thursday, the adrenaline was pumping again, with bungee jumping, and a white water rafting trip, where the tour guide informed me that he had recently been attacked by a white tip reef shark. My face looked something like… 😐

Friday was so much fun, too! We went on a day trip into the rainforest, to see wildlife, lizards, spiders, stick insects, ants… 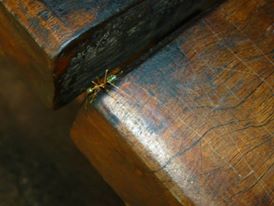 If you lick its bum, it tastes of lime 🙂 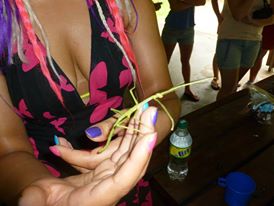 And heres a stick insect we found on a tree!

Then swimming, and rock sliding, and playing in waterfalls (including Millaa Millaa falls- the one from Peter Andre’s Mysterious Girl video :D) and swimming in a volcano! 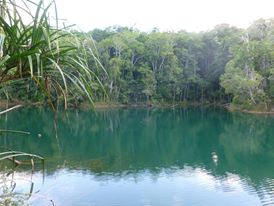 A pretty volcano pic for you there 🙂

Then we went platypus spotting, and danced to the Macarana and Gangham style in the isles of the coach as it zoomed down the road at 50mph. xD A GOOD DAY!

Last full day was Saturday, and my SKYDIVE over the Great Barrier Reef. That was indescribable :D… but looked something like this: 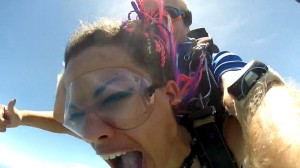 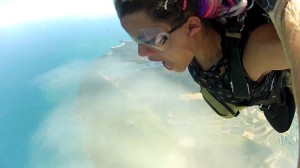 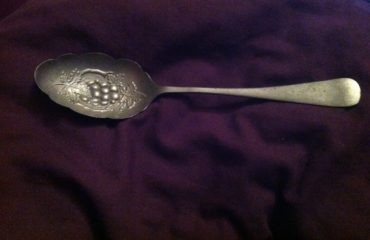 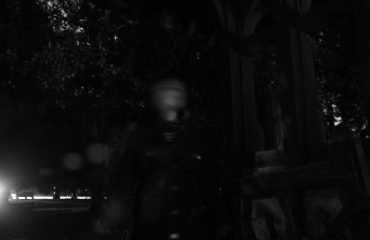 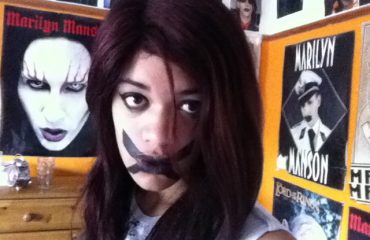